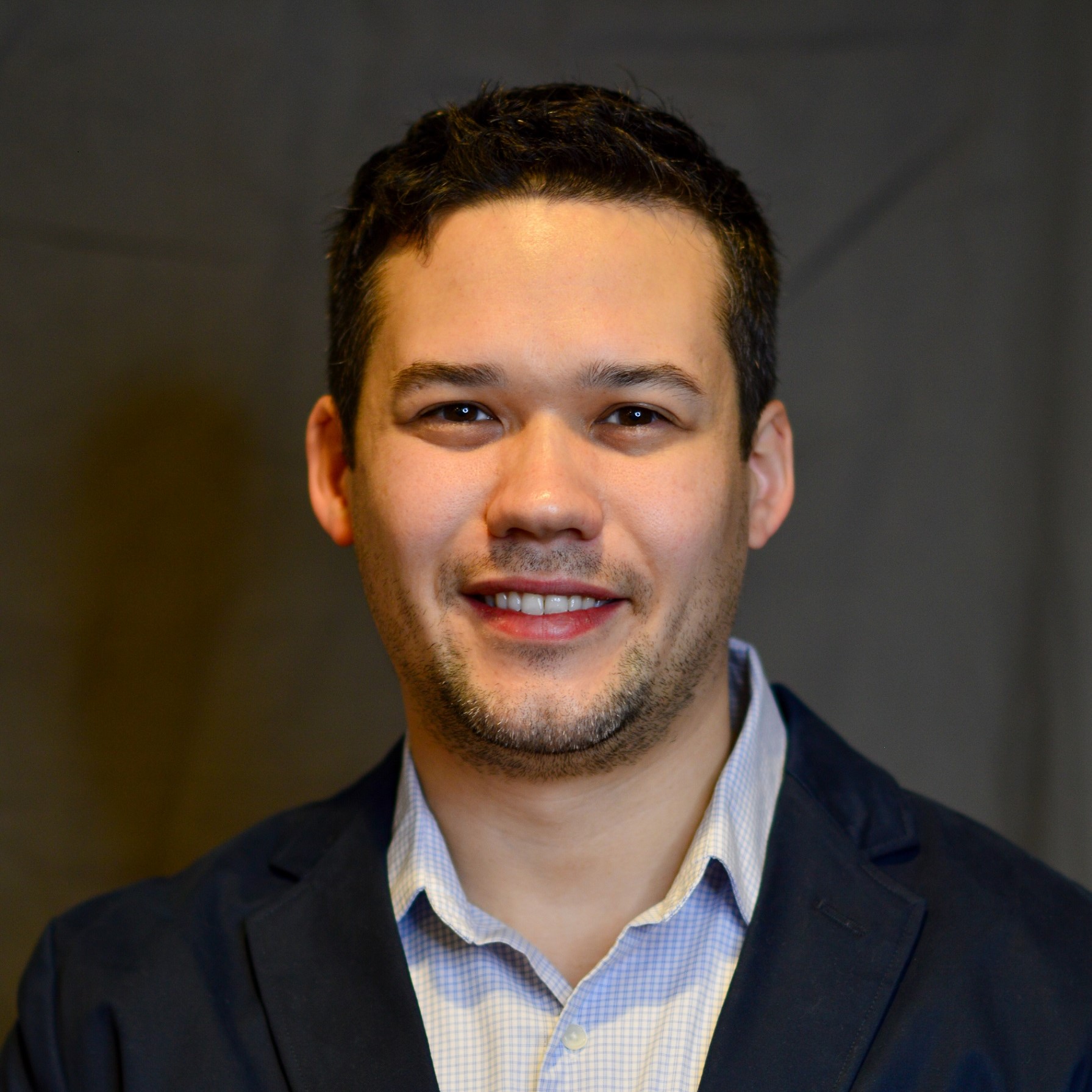 156 million Americans obtain health insurance through an employer. High premiums and concerns about access have led to proposals to introduce a "public option," where the government would provide a public insurance plan to compete with private insurers. In the absence of an existing public option to study, I combine data on employer-insurer contracting and a structural model of supply and demand to predict market outcomes under various assumptions about the design such a policy. The model incorporates variation in employers' demand for health care, preferences over insurers, and the degree to which employers find it costly to switch between insurers. Insurers set employer-specific premiums allowing them to price discriminate. I find that insurers' ability to price discriminate substantially limits demand for the public option that cannot. More employers abandon the private market when the public option successfully replicates the quality of existing insurers and more aggressively regulates payments to health care providers. However, even a public option that obtains substantial market share does little to lower markups because employers who remain privately insured strongly prefer their private insurer, have large switching costs, and receive risk-rated premium offers that dominate the premiums of the public option.

How Important Is Price variation Between Health Insurers?
Accepted at Journal of Health Economics
with Keith Ericson, and Amanda Starc

We estimate the effects of hospital mergers, using detailed data containing medical supply transactions (representing 23 percent of operating costs) from a sample of US hospitals 2009-2015. Pre-merger price variation across hospitals (Gini coefficient 7 percent) suggests significant opportunities for cost decreases. However, we observe limited evidence of actual savings. In this retrospective sample, targets realized 1.9 percent savings; acquirers realize no significant savings. Examining treatment effect heterogeneity to shed light on theories of "buyer power," we find that savings, when they occur, tend to be local, and potential benefits of savings may be offset by managerial costs of merging.

Women with gynecologic cancer face socioeconomic disparities in care that affect survival outcomes. The Affordable Care Act offered states the option to expand Medicaid enrollment eligibility criteria as a means of improving timely and affordable access to care for the most vulnerable. The variable uptake of expansion by states created a natural experiment, allowing for quasi-experimental methods that offer more unbiased estimates of treatment effects from retrospective data than the traditional regression adjustment.

To use a quasi-experimental, difference-in-difference framework to create unbiased estimates of impact of Medicaid expansion on women with gynecologic cancer.

We performed a quasi-experimental retrospective cohort study from the National Cancer Database files for women with invasive cancers of the uterus, ovary and fallopian tube, cervix, vagina, and vulva diagnosed from 2008 to 2016. Using a marker for state Medicaid expansion status, we created difference-in-difference models to assess the impact of Medicaid expansion on the outcomes of access to and timeliness of care. We excluded women aged <40 years owing to the suppression of the state Medicaid expansions status in the data and women aged ≥65 years owing to the universal Medicare coverage availability. Our primary outcome was the rate of uninsurance at diagnosis. Secondary outcomes included Medicaid coverage, early-stage diagnosis, treatment at an academic facility, and any treatment or surgery within 30 days of diagnosis. Models were run within multiple subgroups and on a propensity-matched cohort to assess the robustness of the treatment estimates. The assumption of parallel trends was assessed with event study time plots.

We examined the growth in health spending on people with employer-sponsored private insurance in the period 2007–14. Our analysis relied on information from the Health Care Cost Institute data set, which includes insurance claims from Aetna, Humana, and UnitedHealthcare. In the study period private health spending per enrollee grew 16.9 percent, while growth in Medicare spending per fee-for-service beneficiary decreased 1.2 percent. There was substantial variation in private spending growth rates across hospital referral regions (HRRs): Spending in HRRs in the tenth percentile of private spending growth grew at 0.22 percent per year, while HRRs in the ninetieth percentile experienced 3.45 percent growth per year. The correlation between the growth in HRR-level private health spending and growth in fee-for-service Medicare spending in the study period was only 0.211. The low correlation across HRRs suggests that different factors may be driving the growth in spending on the two populations.

This article presents the Economic Security Index (ESI), a new measure of economic insecurity. TheESI assesses the individual-level occurrence of substantial year-to-year declines in available householdresources, accounting for fluctuations not only in income but also in out-of-pocket medical expenses. Italso assesses whether those experiencing such declines have sufficient liquid financial wealth to bufferagainst these shocks. We find that insecurity—the share of individuals experiencing substantial resourcedeclines without adequate financial buffers—has risen steadily since the mid-1980s for virtually all sub-groups of Americans, albeit with cyclical fluctuation. At the same time, we find that there is substantialdisparity in the degree to which different subgroups are exposed to economic risk. As the ESI derivesfrom a data-independent conceptual foundation, it can be measured using different panel datasets. We findthat the degree and disparity by which insecurity has risen is robust across the best available sources.

Working Papers and Works in Progress

Hospitals and physicians – which have historically acted as organizationally and financially distinct co-producers of care – have become increasingly integrated in recent years. Firms’ stated objectives for physician practice ownership have focused on sharing back-office functions, improving information flow, and facilitating care coordination. However, recent evidence on physician-hospital integration suggests that it primarily leads to higher prices and greater steering of patients to owning facilities, without concomitant improvements in patient outcomes.

In this paper, we ask whether physician-hospital integration enables hospitals to resolve agency problems between administrators and physicians, focusing on hospital purchasing of medical devices. While hospitals negotiate prices for – and bear the cost of – implantable medical devices, at point of use these products are selected by physicians whose choices may be price-insensitive due to brand loyalty or inattention. These implantable medical devices account for 23 percent of hospital operating costs, and prices vary widely across hospitals, suggesting large potential savings in the cost of health care delivery. Hospitals’ seeking to negotiate lower prices through bargaining must be able to credibly remove the supplier from its choice set, and hospitals and physicians often disagree about tradeoffs regarding price and perceived quality across competing brands. Hospitals would prefer to procure those brands that are cheapest, subject to meeting a basic quality standard. However, they must also cater to the preferences of surgeons who may take their profitable procedures elsewhere.

This paper examines the possibility that hospital employment of physicians changes this paradigm. Using machine learning algorithms, physician practice tax identifiers, survey data on hospital integration, and a large sample of practices with validated integration, we find that physician integration in the U.S. increased from 27% of physicians in 2008 to 45% in 2016, with significant variation across geographies and specialties. We combine these physician integration data with unique hospital-level data on pricing and utilization of medical devices, as well as data on procedural volumes. We ask whether hospitals and health systems achieve lower costs in purchasing of medical devices after acquiring the practices of surgeons who implant those devices. We then explore the extent to which savings are explained by renegotiation of procurement contracts, holding utilization fixed, vs. utilization changes in the form of standardization, brand switching, and expansion in procedure volume due to greater steering.

Who Pays for Rent-Seeking in Health Care? The Effect of Hospital Mergers on Local Labor Markets
with Zarek Brot-Goldberg and Zack Cooper